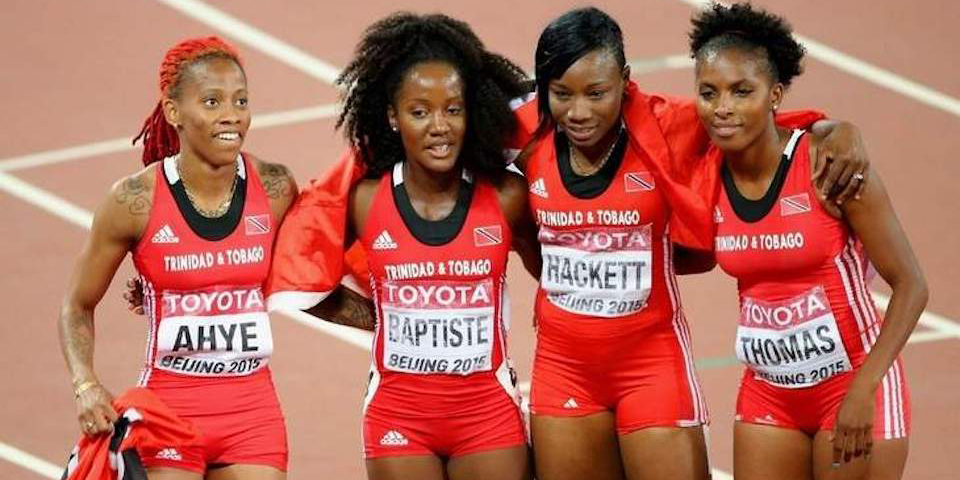 The national women`s 4x100m relay record over the last half century has made uneven progress.

Between 1960 (when Trinidad-Tobago won the British West Indies Championships gold medal in 50.4) and 1982 (when our team won the CAC Games gold medal in 44.86) the record improved by over 5 seconds.

(Unfortunately, times of 42.50 at the Daegu 2011 World Championships and 42.31 in the 2012 London Olympics semi-final were disallowed because of a doping violation by one of the four athletes).

The first official time under 43 seconds came at the 2014 World Relay Championships when our team recorded 42.59 seconds.

This was bettered twice at the 2015 Beijing World Championships when we ran 42.24 in the semi-final, and then 42.03 to take the bronze medal in the final. Team members in that final were Kelly Ann Baptiste, Michelle-Lee Ahye, Reyare Thomas and Semoy Hackett (in place of Khalifa St Fort who had anchored the semi- final).

It is interesting to note that Jamaica, Russia, Germany, Great Britain, France and Bahamas have run under 42 seconds and that the USA has done under 41 seconds (with the world record 40.82 set at the London Olympics).

We now look forward to Trinidad-Tobago joining the seven countries already in the under 42 club.