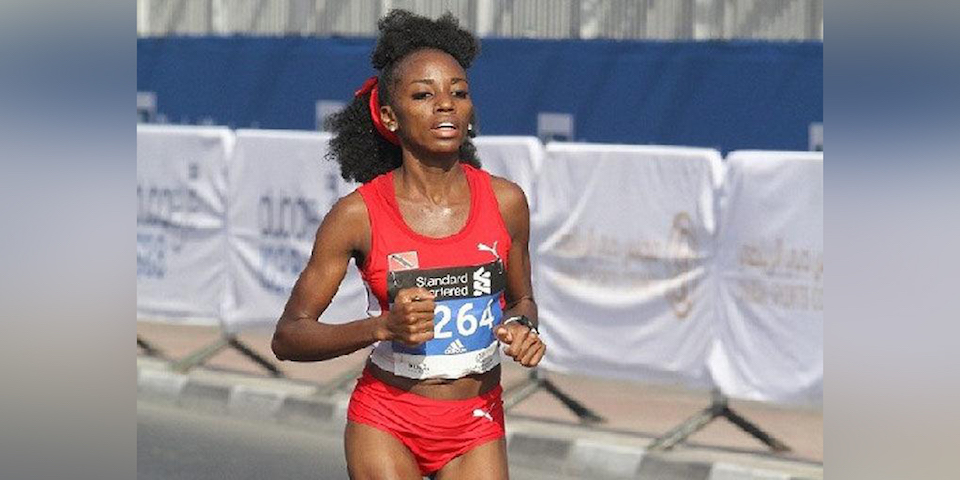 When preparing the story New Records in Two Events During 2019 last November I never imagined that a third record would be broken before year end.

But on 8 December, less than one month later, Tonya Nero set a new marathon record of 2h42:58 in Sacramento, California, breaking the 2h43:14 national record  she did at the 2012 Rotterdam marathon.

That mark lasted 25 years until the 2012 clocking by Tonya Nero.

To date only Snagg and Nero have run under 3 hours, while three others have done under 3h10:

(Parris is a Guyanese born athlete who naturalized in 1995, and Cyrelene is the mother of Tonya).

Tonya Nero is currently our best distance runner, but she is not a marathon specialist. Nevertheless, in each of the last four years she has run the distance under 3 hours.

Her next run over the marathon distance is eagerly awaited.